Solar wind and interplanetary magnetic field play a decisive role in driving the energy dissipation of the Earth's magnetosphere. When the interplanetary magnetic field has a southward component, solar wind matter and energy will enter the Earth's magnetosphere, convect in it, and eventually be released into the ionosphere and upper atmosphere, resulting in colorful auroral phenomena. Most of the electromagnetic energy propagating in the magnetosphere is carried by ultra-low frequency (ULF, 0.1 mHz ~ 10 Hz) and can couple different plasma regions. ULF waves play an important role in generating quasi-periodic geomagnetic pulsations and accelerating high-energy ions in radiation zones. At present, there are two widely recognized ULF generation methods: one is external solar wind disturbance and magnetopause surface wave, and the other is internal drive, such as plasma instability in night magnetosphere. Many auroral phenomena are related to ULF fluctuations in the magnetosphere, such as initiation of substorm expansion phase, auroral arc, auroral intensity fluctuation, etc. ULF waves excited by surface waves at the top of the magnetopause propagate inward (pointing to the Earth) and can penetrate into the inner magnetosphere during magnetic storms, but whether the opposite process can occur is still unknown.

The main part of the Earth's inner magnetosphere is the plasma layer, which is composed of dense cold plasma rotating around the Earth. The particle density in the plasma layer decreases logarithmically with the increase of height, and an outer boundary with sharp decrease in density appears at 3-6 RE (1RE = 6378 km, which is the radius of the earth), called Plasmapause. The plasma layer top distinguishes two kinds of plasma with significantly different temperature and density characteristics, the inner side is low energy and high density cold plasma, and the outer side is high energy and low density hot plasma. High-energy particles (electrons and ions) outside the top of the plasma layer can settle down to the polar ionosphere along magnetic lines of force, generating gorgeous auroras at the Earth's poles. Due to the Earth's special dipole magnetic field, the aurora at the two poles presents an elliptical annular structure, commonly known as aurora eggs. Under calm conditions, the equatorial boundary of auroral eggs is usually smooth, corresponding to the smooth plasma layer top and plasma sheet boundary. During the main phase of the magnetic storm, as the convective electric field in the magnetosphere increases and penetrates into the inner magnetosphere, the co-bypass current outside the plasma layer is denuded, forming a steep plasma layer top. Based on the traditional MHD theory, Chen & Hasegawa predicted in 1974 that when an external pressure pulse acts on the surface of the plasma top, the intrinsic film of the plasma top will be excited to generate surface waves. However, there has been no direct observation evidence, and the influence of plasma top surface wave (PSW) on magnetospheric dynamics has not been clear.

He Fei and Yao Zhonghua, Associate Researchers of Key Laboratory of Earth and Planetary Physics, Institute of Geology and Geophysics, Chinese Academy of Sciences, Wei Yong, Researcher, Zhang Xiaoxin, a researcher at the National Satellite Meteorological Center, Peking University professors Pu Zuyin, Zong Qiugang, Professor Shi Quanqi of Shandong University and others combined the aurora images of Fengyun-3 satellite wide-angle aurora imager, international satellite remote sensing and in-situ detection data, and geomagnetic station data (involving 9 satellites with different orbits and 2 geomagnetic station systems) with China's completely independent intellectual property rights. The PSW evidence was found for the first time, proving that the auroral boundary wave (named "Sawtooth Aurora") is the optical representation of PSW, and it was found for the first time that PSW excited ULF waves propagating outward (as shown in FIG. 1). The work also found that the frequency of sawtooth aurora driven by PSW is higher than 90% during magnetic storms, indicating that this physical process is normal during magnetic storms and has a key influence on energy transport in magnetosphere space.

Fengyun-3 satellite wide-angle aurora imager is currently the far ultraviolet band imager (Zhang et al., 2019) with the largest field of view and the highest spatial resolution on LEO satellites. After its successful launch in December 2017, a large number of clear sawtooth aurora images were captured during various levels of magnetic storms in 2018 (fig. 2). The research team further analyzed DMSP satellite aurora images from 2014 to 2018, and found that more than 90% of all magnetic storm main phases with Dst less than-40 nT during this period produced sawtooth auroras. This shows that during the main phase of the magnetic storm, a normal and systematic physical process occurred in the faint magnetosphere.

The research team further utilized the global plasma top dynamic model (He et al., 2017) established in the previous work, According to the sawtooth aurora database, Automatic search and matching of magnetosphere in-place detection satellite data. During the main phase of the magnetic storm on July 16, 2017, PSW evidence was discovered for the first time during the process of radiation belt detection satellites (VAP-A and VAP-B) crossing the plasma layer top (Fig. 3). Detailed calculation found that PSW and sawtooth aurora are conjugated in space, and sawtooth wavelength, propagation speed and propagation direction are consistent, indicating that the two are interrelated physical phenomena. Further research shows that PSW modulates the electron electrostatic cyclotron harmonic (ECH wave) outside the top of the plasma layer, which scatters particles and settles to the polar region to generate sawtooth aurora. During the same period of time, the conjugate observation of IMAGE geomagnetic station chain shows that the geomagnetic field produces ULF waves with the same frequency as PSW. The north and vertical components of ULF waves propagate to high latitudes (equivalent to propagating outward from the top of the plasma layer in the magnetosphere), while the east-west components of ULF propagate westward (Fig. 4). This shows that PSW excites ULF wave propagating outward, and magnetic line resonance is also generated during propagation.

The significance of this work lies in the preliminary clarification of the long-standing doubts and debates on PSW and sawtooth aurora, the discovery of new modes of wave energy excitation and propagation in the magnetosphere, and the updating of magnetosphere material and energy transport images. The generation of surface waves and ULF waves is a basic plasma process in the space environment, and also widely exists in other planetary space environments. These physical processes found at the top of the plasma layer may also exist in other planetary magnetospheres (such as Jupiter and Saturn magnetospheres), which provides key direction guidance for future planetary space physics research. 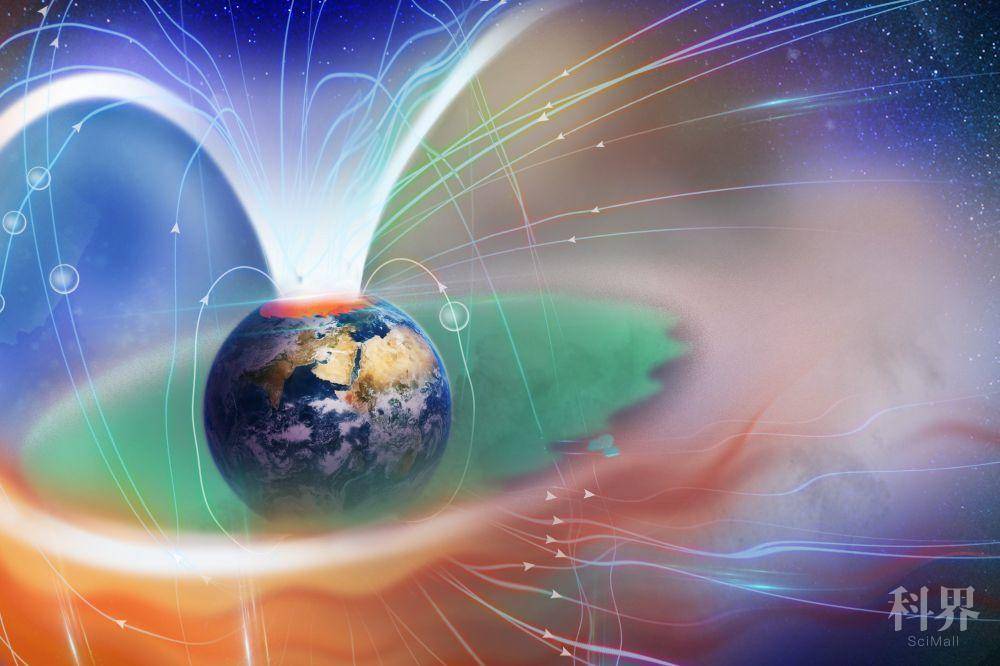 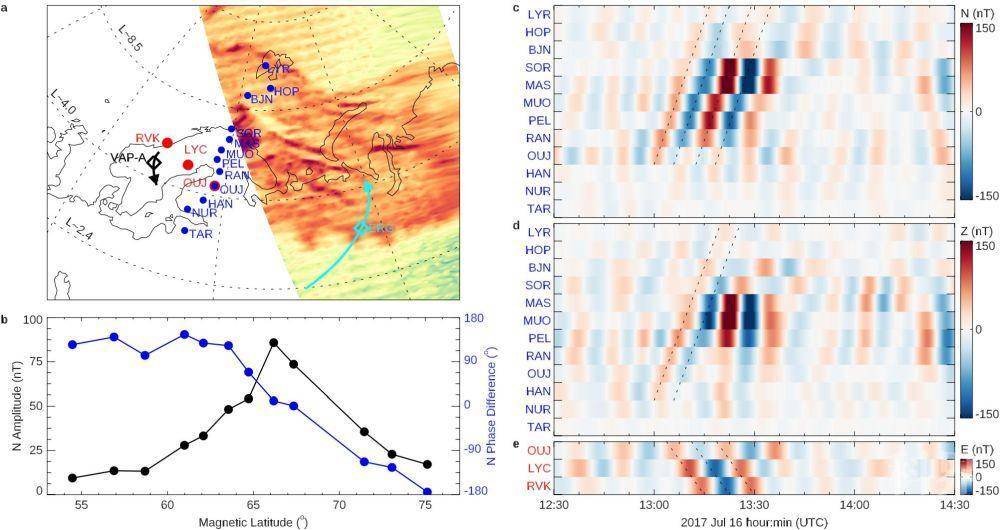 Fig. 4   Observation of ULF Propagation (a, c-e) and Magnetic Line Resonance (b) by Geomagnetic Station Chain